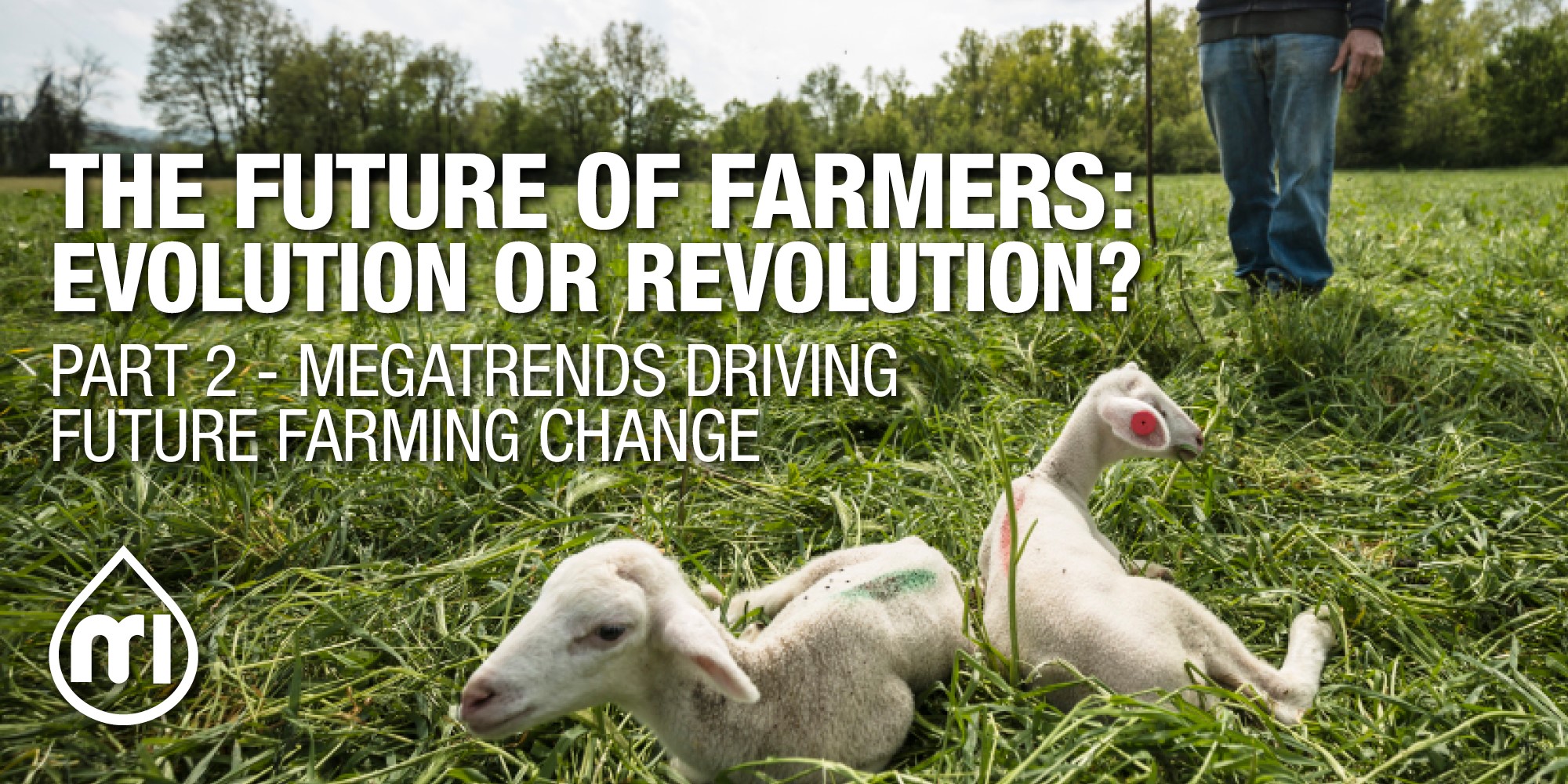 What might the future look like for farmers? To answer this question, a first step was made in the previous episode by learning and understanding the current farming landscape of 2020.
Now, let us investigate what some of the long-term drivers of change for farmers might be.

Outlining the reasons behind farmers’ approaches is essential to explore future developments of farming activity. In particular, relevant megatrends came from the European Commission's research on “Farmer of the Future”, which may have crucial implications on farming. Below these findings are described and categorised using a STEEP (Social, Technological, Environmental, Economic and Political) analysis.

Persistent pollution and greenhouse gases along with overexploitation of natural resources, due to the increasing purchasing power, cause both global warming and several cases of environmental degradation, like ocean acidification and desertification.

Farming could be dramatically affected by these potential implications, in particular harsher weather conditions, the spreading of transboundary pests and biodiversity decline. With this in mind, the single possible solution to reverse the trend, preserving land, soil and clean water, could be developing concrete and reliable approaches focused on bio-based materials.

The ongoing economic shift toward the Eastern and Southern countries of the world contributes to globalization and trade liberalization, potentially useful for the consolidation of the agri-food sector and the increase of investments in agriculture.

The emerging security paradigm is threatened by extremism, conflicts, and lack of organization. These factors hinder the defence to society and might reflect on farming systems, causing new crises, like competition, and difficulties to access resources.

After detecting the current farming landscape, along with the factors affecting it and their potential impacts on its long-term development, we have all the material to further explore the future of farmers. So, be sure to not miss our next blog episode to discover some of the farmer profiles of 2040!